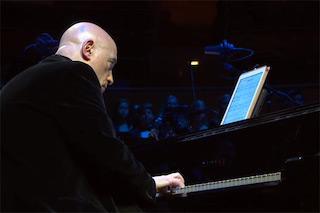 The Music-Heals Project (MHP) is raising awareness of the healing power of music. Our mission is two-fold. First, we are working to research, invent, create, and compose music that effectively heals people. One example is our current work on Autism in partnership with Vanderbilt Univerity in Nashville. We are researching and composing specific rhythms. tempos, and key signatures that will resynchronize the out-of-sync brain waves of the autistic child. Additional examples are pinpointing the music or rhythm that will help improve a Parkinson's patient's ability to walk, and researching the type of music necessary to assist an Alzheimer's patient with memory and recall. Ultimately, this music will be used as a medical therapy for these patients. Instead of taking a pill three times a day for an illness, our belief is that listening to a tailored musical therapy three times per day might be equally effective.

The second part of our mission is to bring concerts, other musical events, and general musical awareness to major cities to raise money benefitting ongoing or future scientific and medical research to heal patients. Our current focus is the financial support of current research using stem cells for the treatment of Alzheimer's Disease, ALS, Parkinson's Disease and CTE (Chronic Traumatic Encephalopathy - as seen in football players).

"The Music- Heals Project: "Raising Awareness of the Healing Power of Music."

PERSONAL MESSAGE FROM OUR FOUNDER 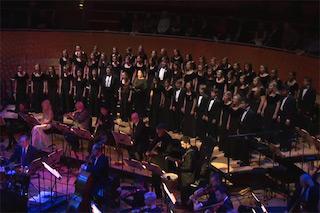 The Music-Heals Project (MHP) was my brainchild in 2013. It grew from our original charitable organization, FNSR which was founded in 2005. I realized that some of my patients with Parkinson's disease who were unable to walk independently could indeed dance almost flawlessly when listening to music that they considered best for them. I then tested a number of patients using music, composed by a famous classical and jazz composer, Mike Garson, while they were doing timed tasks. Patients were faster, and more accurate when listening to the music of their choice. Patients with Alzheimer's Disease ripped their earphones off of their heads when listening to disturbing, unfamiliar, dissonant music, but smiled ear-to-ear when they heard music they knew and loved in the past. They became animated and talkative.

Being a brain surgeon, this led me to begin researching the connections of the ear, the limbic system, and the basal ganglia - primal connections within the brain that were laid down long before the neocortex. After testing nearly 100 patients, it became clear what was loved and what was hated. It clarified that personalized music itself could be used as a therapy for patients with Alzheimer's Disease, Autism, Parkinson's Disease, etc. We took the top 12 compositions as chosen by the patients themselves, and created the " Symphonic Suite for Healing." This work is symbolic of what can be acheived with music therapy, designed for individual patients, much like a doctor designing a medicine regimen for his or her patients. We then had to perform the Suite to "Raise Awareness of The Healing Power of Music" and in turn raise money to propagate this idea nationally. This initial direction of the MHP was jump-started on March 1st, 2014 with our sold-out performance of the world premiere of Mike Garson's Symphonic Suite for Healing at Segerstrom Concert Hall in the Orange County Performing Arts Center in Costa Mesa, CA. Three separate standing ovations and a packed house made the concert an enormous success. We raised awareness of the healing power of music, and we are now going forth with bringing that power to local communities and hospitals. We are currently partnering with Vanderbilt University in Nashville, Tennessee, in their work with Austim. Perhaps listening to a particular rhythm, or beat, or melody will create a more social child with Autism, a happier more lively patient with Alzheimer's Disease, a more mobile and agile patient with Parkinsons's Disease. The potential is endless.

By Mail: You may send your check or money order to The Music-Heals Project P.O. Box 2906 Newport Beach, CA 92659. Please include your contact information and we will mail you an acknowledgment of donation with our tax I.D. number for your convenience.

Office Hours
Get in touch